Self-Flagellation: What is Wrong with this Practice?

Some Filipino Bishops have made public announcements against the practice of self-flagellation, especially during Holy Week, when the practice is very common in their country.

It seems from the article, that their biggest problem with the practice of self-flagellation is that it  “expresses superstitious beliefs and are usually done out of the need for money and for tourism purposes which is totally wrong.”

However, what if someone was self-flagellating for none of those reasons, but was doing it for a legitimate penitential motive?  Would it be wrong in that case?  How about Blessed Henry Suso?  Or the other great saints throughout the history of the Church.  Were they somehow “sinful” for self-flagellation?  If it was proper for saints in the past to practice self-flagellation, why is it wrong now?

I might add that it has recently been reported that Pope John Paul II practice self-flagellation as well.  I think that obviously, self-flagellation would not be for everyone, and could only be done under strict guidelines from a respected spiritual advisor.  But given those conditions, I believe that if the history of our Church is filled with saints who used this practice to enhance their spiritual life, it cannot be a practice that is no longer “needed” or somehow we have “outgrown”. 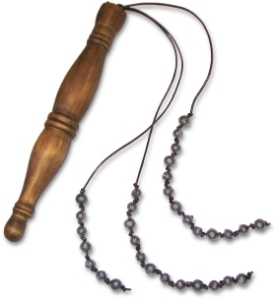